In the layman term ‘solar light’; as explained by the term itself solar light is the light, we get with the help of the energy from the Sun or sunlight. 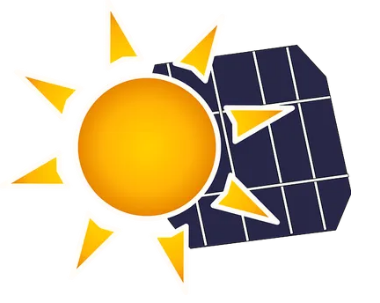 How Solar Energy is created?

What are Solar Lights?

Solar system comprises of different components such as photovoltaic solar panel, whose purpose is to absorb the sunlight and convert it into energy (Electricity) since solar panels absorb energy you also need to have an inverter because its job is to bank in energy in its battery for current and later use as well. This way we can produce solar energy to use it in our everyday lives. 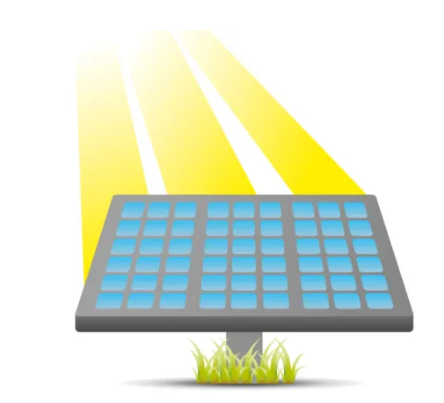 How Does Solar Lights Work?

Many years ago, the thought of powering lights by harnessing the power of the Sun sounded like science fiction. Today, though, you can see solar panels dotting the rooftops of buildings and houses, as well as street lights in some cities.

Have you ever stopped to WONDER exactly how these affordable solar lights convert the Sun's rays into electricity to power lights that shine for hours after the Sun goes down? Is it magic? Nope! It's science!

The positively-charged spaces then transfer the electron stream as a direct current of electricity through wires embedded into the solar cell to a battery where the electricity is stored until it's needed. The battery charges throughout the day as sunlight continues to be converted to electricity.

When evening approaches, the solar cell stops converting sunlight as it weakens and eventually disappears. A photoreceptor on the light detects when it's dark and turns on the light, which is usually made up of several light-emitting diodes (LEDs). The battery then supplies electricity to the light throughout the night.

This process repeats on a daily cycle. During the day, sunlight is converted to electricity and stored in the battery. At night, the battery supplies the electricity to the light until it is all used up or the photoreceptor shuts off the light as daylight reappears.

Of course, adequate sunlight is necessary to charge the battery fully. During the summer, this shouldn't be a problem as long as the light is placed where it can receive direct sunlight for most of the day. If possible, make sure no trees or bushes create shade that could affect the charging of the solar light.

During the winter, however, a solar light might not be able to receive enough sunlight to charge the battery sufficiently to stay lit all night. This occurs because in winter nights are longer and days are shorter, resulting in fewer hours of sunlight to charge the battery. In addition, wintertime often brings snow, which can block the solar cell and prevent charging during the day.

What is a sun hour?
A sun hour is a unit of measurement of the intensity of sunlight on the earth at a given time that can be used for generation of solar power, recognizing factors such as climate and weather. A full sun hour is measured as the intensity of sunlight at noon, whereas less than a full sun hour will result during the hours before and after noon.
What is the typical maintenance schedule for a solar lighting system?
There is no regular maintenance required for a solar lighting system. However, it is helpful to keep the solar panels clean, especially in a dusty climate.
Which types of warranties you will have?

Battery: 5 to 7 years life span, with a 2-year warranty

Controller inverter and all the electronic parts: Minimum 8 years by ordinary usage, with a 2- year warranty

Pole solar panel bracket and all the metal parts: up to 10 years life span

What happens if there are cloudy days?

Do I have to charge the batteries?
Batteries are shipped 85% charged. The batteries will be at 100% charged within two weeks of proper operation
How many hours need to install Solar Led street light

Installing a solar or wind LED street light isn’t any sort of rocket science, in fact, anyone willing to install by himself can do it easily.

Once you have decided where you want to place your solar or wind LED street light, you need to make sure you have dug the hole properly in the ground.

But how would you do it? Well, there are two possible options for digging the hole.

1. If you go with the excavator then it would only be going to take around 2-3 minutes and you are done.

2. The other option is manually digging the hole by shovel if there’s only one man doing the job it would going to take one hour to complete the job. 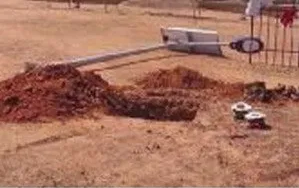 This process needs cement because a proper foundation needs to lay down in order to hold the street pole strongly.

This process will take around 20 minutes if done by one person. 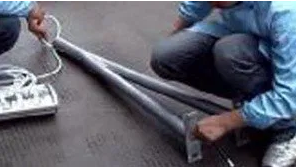 This task needs concentration, making sure you have properly connected all the wires with the lights and the battery. If you’re doing it alone it will take your 20 minutes. 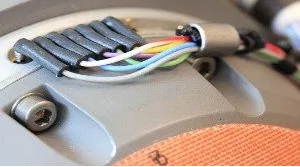 Step 4: Fix the pole to the foundation kits

The last step towards installing a solar or wind LED street light is to fix the pole in the foundation which you have dogged for.

Try to fix the solar or wind-powered streetlight accurately, because, if in case you do something wrong you have to do it again.

This process is for 5-7 minutes if done with the help of a crane and 2 men. On contrary, if you’re going to do it by hand, this will take around 15-20 minutes. Beside this, you will also need at least four to five men to help you out in installing it properly.

In short, the complete installation will not take longer than 2 hours if done properly and stepwise. 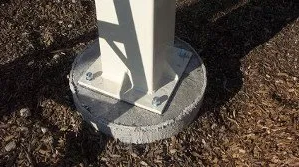 What is the dvantage of Solar LED Lighting?

· No scheduled maintenance for up to 5 years

· No cost of replacing concrete, asphalt or landscaping

Why All-In-One Series Come With Sensor?

Most of the people want the solar light keep in full light for whole night and no need sensor. But most of the integrated design solar lights in the market are with sensor and turn to full light only when people pass by. And now I would like to explain why the factories do this design.

Firstly, as all of you may know the solar light fixture consist of solar panel, LED Chip, battery and controller……Power of the solar panel, Output of the LED and capacity of the battery need to match well so that the fixture can work in properly. If one of them doesn’t match, then the light fixture will have problem or cannot work well as expected. For example, if we only increase the LED output while keeps the solar panel and battery capacity the same. Then the battery will consume very fast and the light fixture will turn off early at night. Because the (keep same) battery capacity is too low to support such increasing LED output.

Ok, if we increase both the solar panel and the battery, then the lamp size will enlarge. Enlarged lamp case means increased labor cost, material cost and shipping cost. You may realize that solar light is always very big but very low lumen compare to traditional light. The big size is because the solar panel needs big space. The solar light fixture can be much smaller and cost reduced a lot if the solar panel can be smaller. That is the conflict.

That is why the Power of the solar panel, Output of the LED and capacity of the battery need to match. You can image how big the solar light is if we make it full light for whole night.

However, the energy saving and cost saving design light fixture with sensor is humanized. It can meet the requirement for lighting purpose by turn to full light when people come close but back to DIM light for save energy after people go away.

However, solar light for high way always need full light and cannot be sensor-design. That is why solar street light for high way always design with separated solar panel. The separated solar panel size enlarge not lead to lamp case size enlarge. I know some factories also make INTEGRATED design and without motion sensor, but the light seems very big and cost are much higher.

Consider the cost and application requirement of the solar light, I think INTEGRATED design with sensor is the best design under the current technology. But I believe the technology is keep make progress. To make the solar light can be brighter, smaller, and cheaper.

Why Solar Light Price Different From Each Factory?

Many Buyers are confused about the solar product and price after they check with different suppliers.We would like to tell you something the other suppliers always want to hidden.

There are two different situations now:

1. Factory use 2 pcs 2500 mAh to make 5000 mah battery pack and they tell buyers the battery is 5000 mah. It seems they tell the true, but the 5,000 mAh(two pcs second hand battery) will die very fast. The battery backup time decrease a lot after about half year installation.

2. Worse situation is the factory use one pcs 2500 mAh battery but says it's 5000 battery. People cannot identify by eyes but the performance very bad when use the solar light.

How does the light know when to turn on and turn off?

What do we need to know to customize your solar light project?

How to calculate solar panels size?

If you tell us the location where you want to install the solar LED systems, we can estimate the irradiation to calculate the solar panel size.

How to Calculate the pole height for solar lighting?

Pole height is calculated by having an estimate of the road width, what is the for solar LED lighting system pole’s height? In this case we are always willing to help you out if you will tell us the road width where the solar street light will be installed we can evaluate the pole height plus lamp power (type of road, lux).

Do you have any ideas of the type of road (highway, main road, village road) or do you have any minimum lux requirement? We need them to calculate the pole height and lamp power accordingly.

-Do you know the battery capacity required?

-In order to calculate it, we need to know how many everyday working hours the light you want?

-How many estimated rainy or cloudy days you usually have in your location?

-How long you need maximum power light and how many hours/day you need power save mode (example 6 hours full power, 6 hour 50% power everyday)?

Every aspect should be kept in mind and carefully execute the method while installing the solar light project.

If you have a need to install it more quickly, please let us know.

If you need more information please, don’t hesitate to contact us. Our staff will be glad to help you in any your requirements.

The battery maybe not full charged:

Check the solar panel to ensure it's not blocked while charging.

Check the weather yesterday or before,it's cloudy or rainly days?

During sunny days it will turn to normal.